We’re living in an age that I call The New Puritanism.

Just this week I had one video on YouTube taken down because it had “fetish” content. The video did not have pornography or even nudity; it was removed just because the content alluded to fetishes. (There was no activity at all in the actual video, it was just photos.)

That’s just two recent examples where I was affected by The New Puritanism. But, I get contacted daily by professional dominatrices, cam models, escorts, and other sex workers who are unceremoniously losing their entire accounts for spurious or arbitrary reasons.

Right now, social media and other mainstream outlets are caving to coordinated political pressure around the world to limit free speech, particularly if it is of an adult nature.

My question to you is, where is the social media platform where adults can speak to each other like adults? Or, are we going to devolve the Internet into content that is only suitable for 13-year-olds?

If you’re looking for a solution, and we all are, I don’t have any easy answers here.

I have several suggestions though.

If you’re only on one social media platform, then you are extremely vulnerable. If that platform suspends or deletes your account then you have nowhere to go. You’re just erased from existence.

Everyone wants to be on Twitter, Facebook, and Instagram because that’s where all the eyeballs are. I completely get that. In most cases, my engagement is 10 or 20 times higher on those platforms than anyplace else.

Those three platforms are also the ones where it’s most likely that you will face censorship problems.

Since Tumblr shut down adult content, and the United States passed SESTA/FOSTA, I’ve been hunting for new social media platforms. Now with my YouTube problems (and I am definitely not alone on having problems with YouTube lately), I’m looking for alternative places to build video content as well.

So far, I’ve had limited success on Switter, MeWe.com, Minds.com, Steemit.com, and some art sites. Those sites will allow you to post some video content, but I’m looking at DTube and Vimeo as video channels too.

Unfortunately, these websites only have a fraction of the users that the major sites have. Plus, they’re not as well-developed and you will have to build your account from scratch on those platforms.

But, the alternative to building up new accounts is to be completely at the mercy of Silicon Valley, and they do not care about you. At all.

2. Train Your Fans, Slaves, and Clients to Follow You

It will not be enough to create accounts on diverse social media. It’s your responsibility to help yourself out, and your community, by telling your fans, slaves, and clients that new, maybe exclusive content is available on other platforms.

If we want an alternative, then we’re going to have to work together to get those user bases to grow.

3. Keep Up with the Rules

I recently published an article on how people are committing unforced errors on Twitter that are damaging people’s accounts. Even if you follow the rules, it doesn’t mean you’re safe. But why make it easy for them to ban your content or remove you?

Keep track of the Terms of Service and do your best to stay within the rules of each social media platform.

And keep an eye on this site, because when I learn of something new, I’ll write about it.

What’s the one place where you can say what you want, present your content, and will survive long after these social media sites have come and gone?

Buying your own URL and building your own website is the one way you can assure that your fans, slaves, and clients can find you no matter what happens on social media. And there are so many bonuses to having a website beyond just having a place that stays consistently available.

Through Search Engine Optimization you can build followers 24/7. You will also have a consistent place to post information in a blog, photos and videos, and network with other sites.

If you want to do the right thing for your long-term career, building your own website is the only way to go.

When you get suspended, or kicked off and account, then take a deep breath, try to figure out what happened, and get back on the horse.

Giving up means that they win. Don’t let them win.

The world is a better place when you’re being yourself and sharing your content. Even if they don’t realize it.

I know this is all frustrating and scary. I’m sorry. I don’t know if it helps to know that we’re all going through the same frustrations, but we are.

In the meantime, be the change you want to see. Get on the platforms that support you, or at least platforms that look the other way while you act like an adult. Get your followers to follow you there. You have the power! Use it!

And finally, let’s all work together to keep each other informed on what’s going on. Let’s follow each other and help with some promotion.

Because frankly, it’s just us against the world.

If you have some suggestions for social media or video platforms that are working for your adult content, please leave suggestions in the comments below. 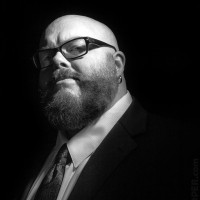 3 comments on “It’s Time to Protect and Diversify Your Adult Brand. Here’s How.”